Menu
Main menu
Skip to image rotation. Please use up and down arrow keys to navigate between images.
Skip to primary content
Skip to secondary content

Offering premier lodging on Oregon’s North Coast, our restored 1888 Victorian inn is located in the heart of Astoria’s Historic District.

It’s been more than 200 years since explorers and immigrants settled the North Oregon Coast region known today as Astoria, Oregon.  Explorers were still looking for a Northwest Passage when Captain Gray discovered the Columbia River in the late 1700’s, while others found this beautiful region of rich resources, freedom, pristine and wild territory.  Lewis and Clark put it on the map as a United States territory in the early 1800’s. Soon Astoria, OR was settled by waves of foreigners looking for fortune and a new life and claimed the rich region known today for timber, fishing.  Now tourists come for this last American adventure and enjoy the rugged beauty of the Pacific Coast, coastal mountains, the mighty Columbia River and its estuary, and the rich wildlife and outdoor adventure.

Today’s explorers staying at our Astoria, Oregon bed and breakfast are tourists who find adventure hiking, biking, and kayaking the river’s trails, paths and surf. Astoria boasts a rich heritage and history, and treasures an unspoiled natural beauty seen along the scenic RiverWalk Park trail and present in the many local and regional museums. More than 600 Victorian homes are tucked away throughout this small peninsula on the Columbia River.  Relive history at numerous museums, visit multiple galleries, browse antique stores and small intimate gift shops, and dine at nearly 20 restaurants. Astoria is the supreme escape for renewal and diversion.

Next door to the B&B is our Astoria vacation rental: the 1852 Jobe Ross house, which was used as The Moose Temple Lodge, an early fraternal club in the 1900’s and later the Mormon Church. Today it accommodates guests and families and is pet-friendly. All rooms on the property have private baths, some fireplaces and Jacuzzi tubs, luxury linens and guest amenities. Many rooms have views of the Columbia River, Coastal Mountains and city vistas. Rooms are decorated with eclectic antiques from the Victorian, Asian and rustic American periods.

Clementine’s Bed and Breakfast enjoys a prime location in the center of the National Historic District, close to museums, restaurants, shops, galleries along the banks of the Columbia River.  Adventure is steps from the door.  You are within an eight block by four block radius of everything. The lovely 1888 restored Italianate home and its 1852 more rustic sidekick reflects the character and charm of its era and offers modern conveniences and amenities you would expect at a well-appointed European-style small hotel.

Note from the Innkeeper:

It’s a happy place at Clementine’s Bed & Breakfast — summer, short-sleeve days, light wraps at night, fresh Oregon berries, fruits veggies, flowers at Sunday Market, beach and trail hikes.  It’s the time you should be here. There’s no reason you can’t plan a visit. We have the lodging for everyone: private rooms for 2, vacation rental choices for families with kids and pet friendly options that gives every member of the family a getaway.  It’s the time of year we northwesterners know best — so you better hop over to our place on the Columbia River and Pacific Ocean to be happy too. 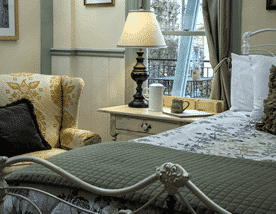 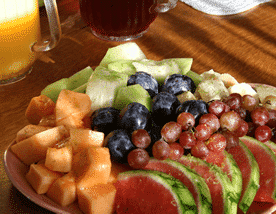 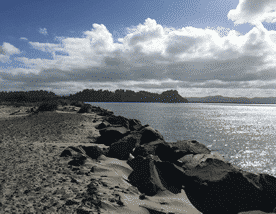