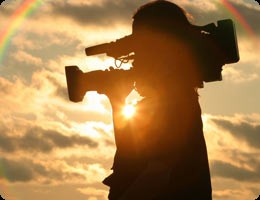 Calling all movie buffs to the 10th Astoria International Film Festival, October 21-23, 2016! Now in its 10th year, the Astoria International Film Festival brings the talents of independent filmmakers from around the world to the Oregon coast for this unique event. The Festival offers audiences a curated viewing experience of documentary, dramatic, and short films in the intimate setting of Astoria’s historic vaudeville-style Liberty Theater. In this distinctive setting, they not only have opportunities to view and learn about the films, but also have the privilege of meeting with filmmakers and discussing their works.

Although the Festival draws international attention, part of the program also showcases outstanding works of filmmakers from the Pacific Northwest. The 2015 Festival’s world premiere of Voyagers Without Trace by Oregon filmmaker Ian McCluskey and the Northwest premiere of Black Road by Oregonian Gary Lundgren, will both be featured again this year. For this year’s 10 Year Anniversary Commemoration program, visit the AIFF website. It promises an “Intelligently and thoughtfully curated marquee of films, some major coups, unheard of for a film festival of this intimate size.”

Film lovers shouldn’t miss this “One-of-kind opportunity to see some world-class films alongside the works of Oregon filmmakers.” (Kate Giese, The Daily Astorian, Coast Weekend Arts & Entertainment).  Clementine’s Bed and Breakfast is conveniently located just a five minute walk from both the Liberty Theater and Imogen Gallery, so give us a call and book your stay.